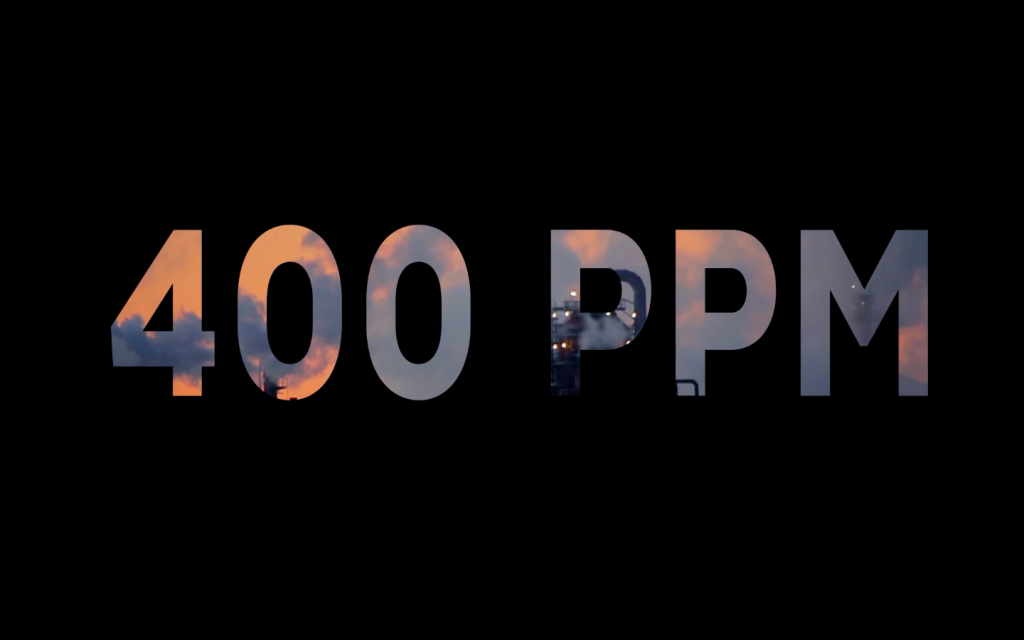 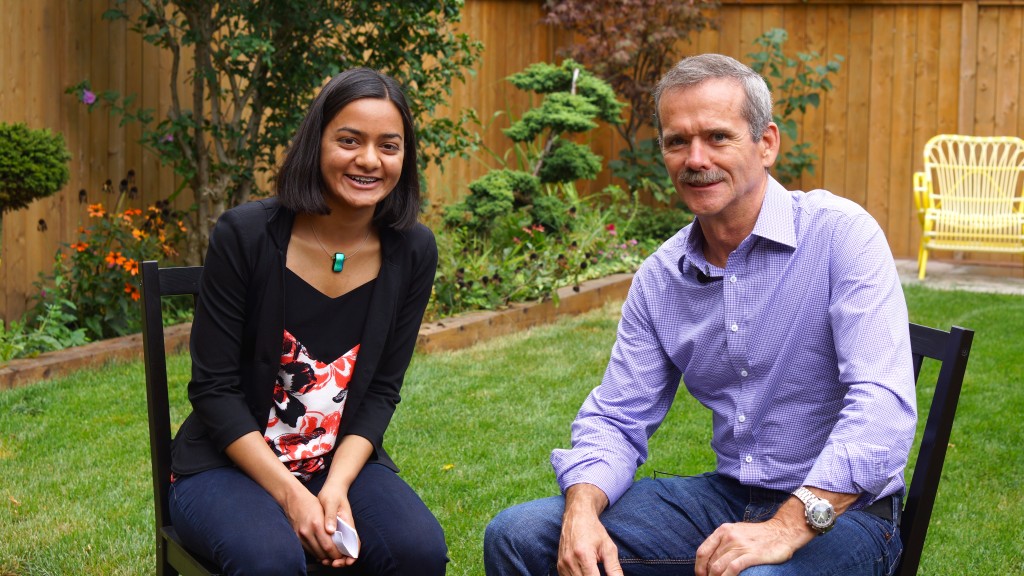 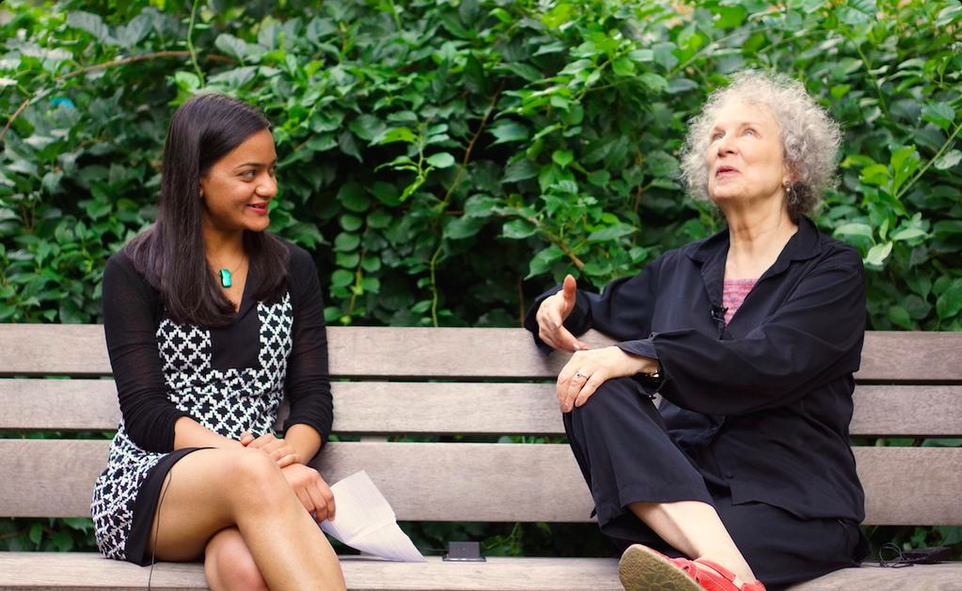 I made a quick 23.5 hour stop in Boston on the way home from tracking near-Earth asteroids at the University of Colorado at Boulder. Met Marvin Minsky (!!!) at his home in Boston and had a most insightful chat on topics ranging from Deep Learning to quantum computing. Also visited MIT media lab. What a day. 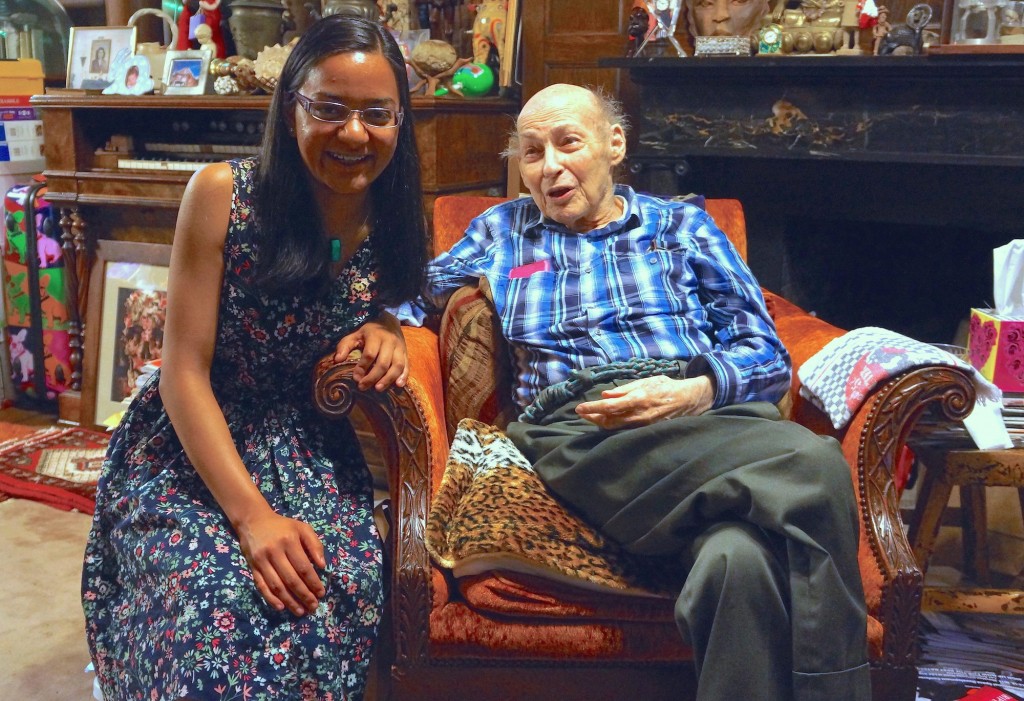 A Meeting with Marvin Minsky

Read all about it: http://www.simcoe.com/news-story/5528429-oro-medonte-teen-goes-asteroid-hunting/

Or, hear all about it:

I had the pleasure of speaking alongside Margaret Atwood at this year’s annual L3 Writers’ Conference in Barrie. What was a science nerd doing at a climate change focused Writers’ conference? Check out the (long and filmed-on-a-not-so-great-video-camera-by-my-parents-from-the-audience) video below!

I am so honoured to have had the chance to speak live nation-wide with Hannah Thibedeau on CBC News about women in STEM in celebration of International Women’s Day. ‪#‎IWD is a wonderful opportunity to celebrate the achievements of women around the world and to encourage others to go further.

For the last three years, I’ve had the pleasure of volunteering with the national non-profit organization Science Expo – Canada’s largest youth-run non-profit dedicated to providing STEM outreach to high school students across the country.

Today, I witnessed the culmination of countless hours of blood, sweat, and tears for the last year by everyone on the Science Expo executive team – our fifth annual conference at the Ontario Science Centre. While the workshops on cutting-edge quantum computing, lectures on 3D printing, and keynote speeches by world-leaders in bio-security, evolutionary biology, and polymer chemistry made for an incredible day of STEM learning for everyone, the most rewarding part of the conference was hearing from delegates that our conference inspired them to pursue careers in STEM. I cannot thank my incredible team at Science Expo enough for making this day such a success.

I’ve worn many hats during my time at Science Expo – Speakers Coordinator, Marketing Director, Vice-President, President…and today, it’s time for me to make yet another transition. I will be joining the Board of Advisors as of the end of March. I am so proud of what everyone at Science Expo has achieved in the last few years, and I am so excited to see what we continue to do in the years to come. 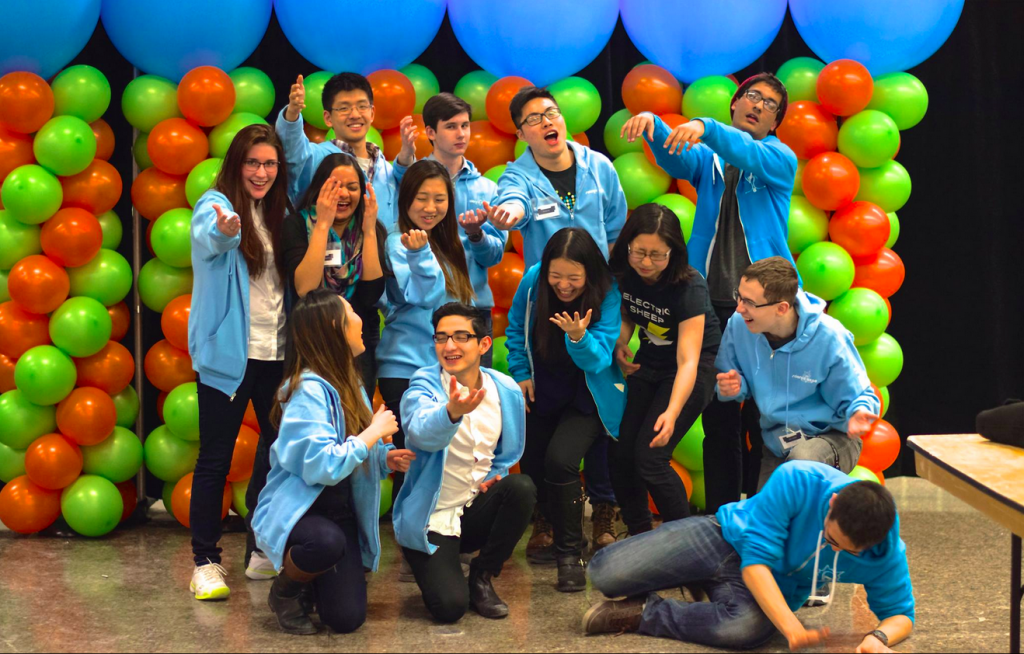 This article says I “rocked modern science,” which is funny because there never was a rock concert. That would have been much more fun. It went more like this: after a long day of work in the basement, I feel asleep during an experiment and woke up to find that something interesting had happened.

Thanks to Noel and the Beyond team! It was a pleasure chatting with you. It turns out that Dexter knows me perfectly.